“The Prime Minister is struggling with the most basic details of her Government’s firearms reforms,” ACT Leader David Seymour says.

“On Monday, she incorrectly claimed that her Government’s proposed gun laws would preclude non-New Zealand citizens from holding a firearms licence. Ardern had to immediately admit she got it wrong.

“The Prime Minister has now claimed that nine per cent of crime committed with firearms is committed by people with a firearms licence. But Police data show the figure is closer to just one per cent.

“Information released by Police in late 2017 shows that, of 100 cases in which a firearm was used in an assault, robbery or murder, only one offender held a firearms licence.

“It seems highly unlikely that the proportion of gun-related offences committed by people with a firearms licence has jumped from one to nine per cent in the space of 18 months.

“Has the PM received information which is different to that held by Police? If so, she should release it.

“The more fundamental issue is that Jacinda Ardern is desperate to rush complex legislation through Parliament when there is simply no need to do so.

“If the Government is determined to rush changes to the firearms licencing regime, the PM needs to understand basic details, including how many offences are being committed by firearms licence holders.

“If the PM is overestimating the number of offences by a factor of nine, how can she expect to make good public policy?

“ACT believes the Government must observe a robust, democratic process, including a full six months for select committee consideration, in which the gun community is properly consulted.

Note: The information below was released to Kiwi Gun Blog and was the subject of a blog post in November 2017. 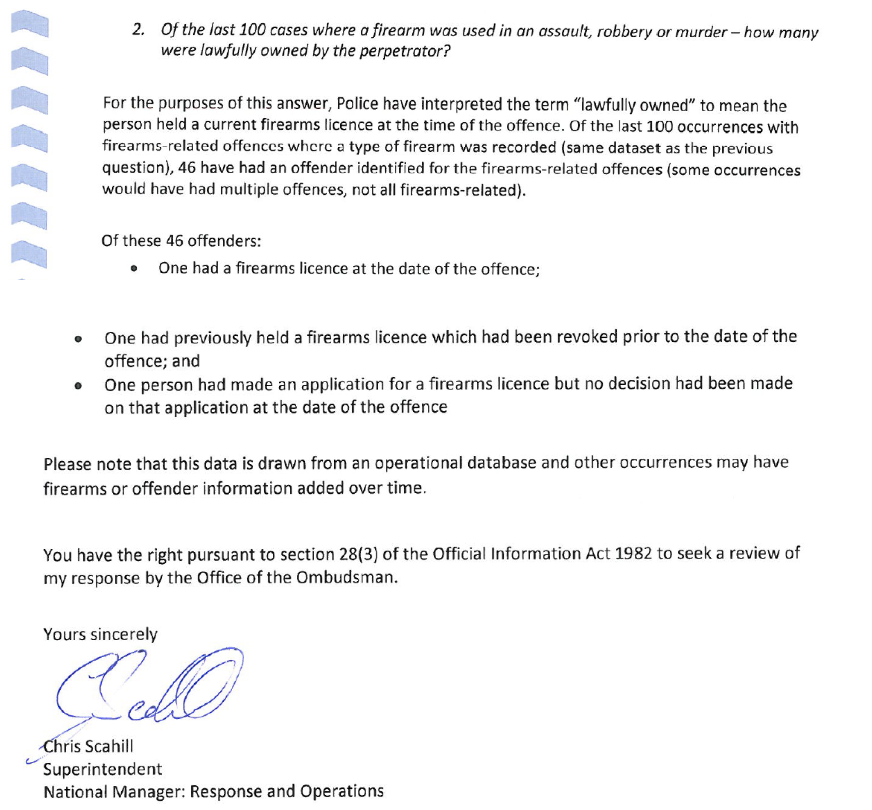