The Climate Change Commission recommends carbon emissions reduce 63 per cent in 14 years, while the economy and population continue to grow, regardless of what happens to emissions in other countries. Meanwhile in the real world the lights are kept on by the largest importation of coal into New Zealand since 2006, as lake levels are low and gas is being rationed. ACT’s Brooke van Velden caught the Government out calling for more compassionate landlords while 80 per cent of its own housing stock is not up to standard. 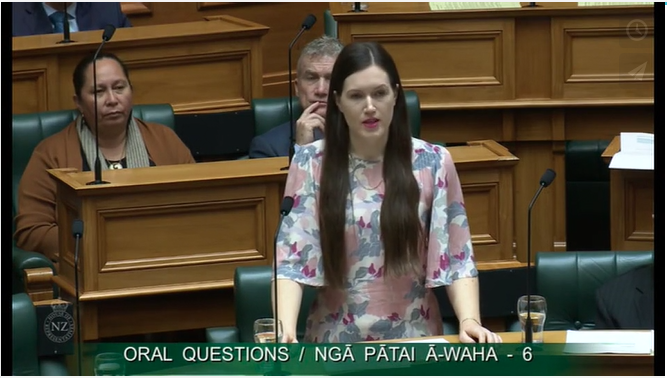 Why holding the line is not enough

Three years ago, Free Press argued that Labour wants to be a radical Government. Most current ministers grew up in the 80s, and while they didn’t learn much economics from Sir Roger Douglas, they certainly learned that reform could be rapid and radical.

We were right, except the small matter of timing. The working groups are finally back, and the court of crazy is in session. In nearly every area, the Government is undertaking radical reform. These reforms are so damaging, that this time it won’t be nearly enough to simply hold the line.

Jim Bolger’s report proposing compulsory unionism looks set to be implemented, taking labour relations back not to the 1970s but to the 1894 Industrial Conciliation and Arbitration Act.

Individual councils jumped the gun proposing to effectively confiscate thousands of farmers’ land by declaring Significant Natural Areas on it. But the Government intends to make the policy truly nationwide with its biodiversity policy.

Under the new history curriculum, children will be have the rich history of New Zealand reduced down to victims and villains, colonisation and power.

The Climate Change Commission, voted for by every other party, will give us a central plan of the economy based on banning and taxing energy and technology. The rehashed ‘feebate’ scheme taxing people who buy ordinary cars and giving the booty to those few who buy EVs.

None of that is to forget a pervasive agenda of constitutional transformation. The old liberal democratic idea of equality where each person gets one vote is to give way to a partnership state of co-governance. Tangata whenua live in New Zealand of right, tangata tiriti live with the good grace of tangata whenua and the Treaty of Waitangi.

Its nuts. It’s a recipe for an exodus to Australia. The instinct of many if not most people is to just make it stop at any cost. That would be a mistake. The next Government needs to do more than hold the line and bed in Jacinda Ardern’s policies the way John Key bedded in Helen Clark’s.

There was a time when her policies were widely seen for what they still are. A hopelessly unprofitable state railway being bought ‘back.’ A Government bank that serves no policy purpose. An Employment Relations Act that turned employers into babysitters. New co-governance models such as the Waikato River Authority that have now been accelerated. A removal of competition from health in the establishment of DHBs that led to a two-decade productivity slump. Working for Families that John Key once called ‘communism by stealth.

Imagine if the next Government bedded in Jacinda Ardern’s policies in the same way as all of the above were? Holding the line is no longer enough. The next Government must implement policies that respond to the needs of middle New Zealand.

The Zero Carbon Act and all the economic meddling it is about to bring must go. There is a better way to do emission reductions that lets people choose how to live their lives so long as total emissions are in line with our trading partners.

The Resource Management Act must finally be replaced with resource management law that starts from the premise of protecting private property rights.

Tax policy must acknowledge that 12 percent of tax payers pay half the income tax, and half of taxpayers together pay only eight percent of it. We need to flatten the rates not make them more progressive as Steven Joyce boasted doing.

Employment law must acknowledge that workers compete for jobs but employers also compete for workers. The relationship between employers and employees must be made symmetrical again.

We need to start openly seeing business not as an evil or a cash cow, but as a thing of beauty. People voluntarily coming together to achieve together what they cannot achieve alone.

We need leadership that says we are not divided into tangata whenua and tangata treaty in some weird neo-feudal experiment. Nobody is special by virtue of birth, we are all born with a right to one five-millionth of the opportunity this country has to offer, then set about make that opportunity equal with welfare, education, and housing reform.

We don’t just need a change of Government, but a change of direction, and that’s why New Zealand needs ACT.