ACT believes that all New Zealanders should have the same fundamental rights, regardless of race, religion, sexuality or gender.

Too many of the bad laws we have occur because there is no proper scrutiny or accountability. ACT has a plan to change this, lift the standard of lawmaking, and improve accountability in our democracy. ACT’s Democracy Policy would see three changes to our current democratic framework. Each of these changes aim to improve democratic accountability and deliver better laws for New Zealanders.

There is little open debate about how New Zealand should navigate the choice between liberal democracy and co-government, because questioning co-government is often met with charges of racism. Our Democracy or Co-Government paper sets out how ACT would restore universal human rights in New Zealand’s laws, public affairs, and constitutional settings. We would do this with the following policy changes:

1. Legislating that the principles of the Treaty are based on the actual Treaty, in contrast with the recent interpretation of obscure Treaty principles, and inviting the people to ratify it.

2. Repealing recent laws, such as the Three Waters legislation, local government representation legislation, and elements of the Pae Ora legislation, that give different rights based on identity.

3. Reorienting the public service towards a focus on equal opportunity according to robust statistical evidence instead of racial targeting, along with devolution and choice for all, as achieved with the recent Equity Index and Isolation Index policy for school funding, and charter schools among other devolutions.

ACT is proposing a higher standard for new laws and regulation through the introduction of the Regulatory Standards Bill. The Bill, if enacted, would lift the standard of lawmaking by requiring the government of the day to ensure all new laws and regulations are consistent with core principles of good lawmaking. It would require politicians and civil servants ask and answer the right questions when making a law or regulation.

What happens if lawmakers don’t comply?

If any group or individual feels a law or regulation has been made without adhering to these principles, they can get a declaration in court that the law was made in a way that’s inconsistent with good lawmaking. That doesn’t cancel the law, but it changes the incentives for politicians and bureaucrats. It says, if you want to make knee-jerk, populist laws without regard for the rights of people they effect, you’re going to rack up a lot of hostile declarations.

How will the Bill be passed?

The Bill as it is written won’t just be passed by a majority of Parliament. The Bill is about improving lawmaking for all New Zealanders so it is important that they have their say to pass it. Like the End of Life Choice Act, it will only become law if the majority of voters vote for it to become law in a referendum. It is the people demanding better standards of lawmaking. It is quasi-constitutional reform designed to honour the inherent dignity of each person, to allow people to do business, and build their farms and their firms to provide for the families and their friends.

The second part of ACT’s Democracy Policy is introducing a four-year term. But it’s a four-year term with a catch. A four-year term is something nearly everyone agrees with, but nobody has the courage to actually campaign for. It’s time to make it happen.

Our democracy is rare in having a three-year term. Of 190 countries with parliaments, 103 have five-year terms, 74 have four-year terms, and just nine have a three-year term. This does not make for sensible, sober lawmaking. To properly consult and design a policy, get it through the Cabinet process, draft the legislation, get it through Parliament, and implement it, takes two years. By this time you’re ready for another election. No politician in the real world is going to risk all their work being undone because they lost by a couple of seats, so they have to compress their program into one term. It’s the choice to make lawmaking more careful and inclusive, instead of the frenetic rush of knee jerks that passes for lawmaking in New Zealand today.

ACT would introduce an option for a four-year term, but we wouldn’t just give politicians an extra year’s free reign with not catch. Here’s the catch.

The third part of ACT’s trifecta of reforms in our Democracy Policy is to improve the accountability of government by making a four-year term conditional on parliamentary select committees being truly independent of government and rebalanced in favour of opposition parties. Select committees fulfil a crucial role in scrutinising legislation, listen to the views of New Zealanders and recommend changes to laws to make them more workable and reflective of the country.

But under the current system, select committee membership is proportional to Parliament as a whole which gives the government of the day a huge advantage and a majority in most, if not all, of the committees. This undermines the ability of committees to the government to account and provide a truly independent check and balance.

The value of independent select committees

These odd circumstances meant a committee where:

That is far different from the fiasco we have seen on other committees where patsy questions and refusals to inquire into government actions is common. If committees were independent, they could actually change the legislation before them. The Government can still change it back in the Committee of the Whole House Stage – they did win the election – but there’s going to be a lot more debate.

Government backbenchers will have to defend their government’s policy, massively increasing their leverage within caucus Select Committee submitters will know that the committee can actually change the legislation Committee of the Whole House stage of law making will be much more intensive, as Ministers often argue to change legislation back to their original position.

Independent Select Committees would amount to a voice of the people against government laws. They would be a dozen or so mini-parliaments where dissenting voices would dominate. They would really make ministers and civil servants justify every part of their law, transparently and openly for all to see.

ACT would introduce independent select committees as a pre-requisite for a four-year term. The three-year term would actually remain the default. It would offer an incoming government the possibility of going four years if it turned over control of select committees.

ACT’s Democracy Policy brings New Zealanders back into the conversation about the future of our country. With these rules, the government of the day would not be able to run roughshod over the rights on New Zealanders with a hail of knee-jerk regulations. We would rebuild and retool our democracy to give ordinary people a greater say in the future of the country they’re paying for. 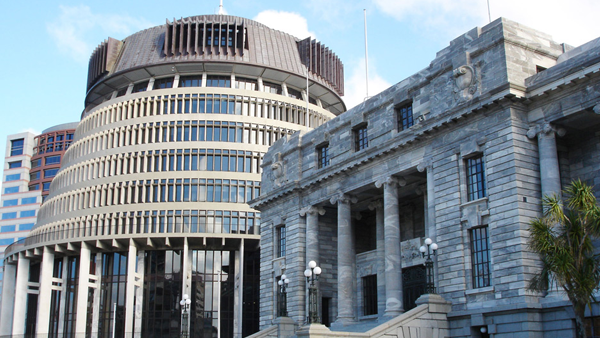