Real Solutions for our Primary Industries

A Party Vote for ACT is a vote to see a more co-operative approach between government and the rural sector. The environmental efforts of the rural sector should be acknowledged and valued before heavy-handed regulations are put in place.

Climate policies should be based on sound science, acknowledging the fundamental differences between methane from livestock (a short-lived greenhouse gas) and carbon dioxide (a near permanent greenhouse gas). Water policies should be tailored to local conditions, rather than imposing a one-size-fits-all solution that imposes massive costs for little benefit in many cases.

With the right approach, we can once again see the rural sector as an essential and valued part of the New Zealand economy.

ACT was the only party to vote against the Zero Carbon Act.

The New Zealand Initiative called the Act the most expensive legislation in our history. It will significantly raise costs on households and businesses. The Act prevents New Zealanders from offsetting their emissions through overseas sources at a lower cost by restricting the number of approved overseas units. New Zealanders should be able to offset their emissions at the lowest possible cost, no matter their source or location.

The Act also gives massive power over the economy to the Climate Change Minister. It allows the Government to make regulations prescribing price controls, minimum auction prices, and reserve amounts of New Zealand units to be released. ACT opposes the idea that the government should have a monopoly over such decisions.

Last minute changes to the RMA in June 2020 which allow councils to consider climate change in consenting decisions from December 2021 has the potential to further slow economic growth.

The legislation vests in the Minister the power to make an emissions reduction plan for the entire economy and to change it at any time. With billions of dollars and thousands of jobs at stake, industries will lobby and counter-lobby the Minister. Instead of being productive, the most important skill in business will become seeking political favour. Every sector’s ability to survive and expand will depend on getting an allocation of units from the Minister in the carbon budget.

ACT believes New Zealand must play its part on climate change. But any response must be simple to administer, politically durable, and effective. New Zealand will only prosper if we match our goals with actions which actually benefit the environment.

If we are forced to make significantly deeper emissions cuts than our trading partners, we will impoverish ourselves and push economic activity to other countries.

The Government has been unwilling to push for more accurate metrics for measuring methane and other short-lived gases. GWP100, a CO2-equivalence metric, treats all gases equally and overestimates the contribution of methane to rising temperatures. Leading climate scientists have developed GWP*, which more accurately measures the impact of methane. If used internationally, it could have a significant impact on New Zealand’s liabilities.

Our farmers are some of the most efficient food producers in the world, feeding New Zealanders, earning export dollars, producing enough food to feed 100 million people and underpinning our rural communities. However, the Government’s tree planting subsidy of up to $4,000 per hectare is unfairly tilting the playing field towards forestry and creating perverse incentives.

Subsidies have given large forestry investors an unfair advantage which is driving small farmers out. Farm sales have gone beyond marginal land, with productive farmland being sold off to overseas investors. The policy of large-scale afforestation is a threat to jobs, families and rural communities. Trees will take up to thirty years to mature, which will result in decades of lower food production. This will be even worse in cases where trees are planted for carbon farming and are never pruned or harvested.

The forestry industry has a track record of making investment decisions without subsidies and regulations. We should be mitigating the impacts of climate change, but there must be a level playing field. Land use decisions should be made without distorting subsidies.

Mandatory three-metre setbacks will take a significant amount of land out of production and represent the seizing of private property without compensation. A three-metre setback, in many cases, will be inappropriate. Landowners and councils need to be given the flexibility to work out the best solution given the environmental problem and the nature of the terrain.

As water becomes more scarce, regional councils are moving away from first-in-first-served approaches and implementing water management systems. These issues should be determined at a local level. ACT favours market-based tradable water rights, where possible.

One-size-fits-all policies which assume all productive land behaves the same, when in fact different catchments and soil types have different requirements, is misguided.

ACT acknowledges the short growing period through the winter months and understands the need for winter cropping to protect animal welfare. It’s critical for animal health when food growth and stores are limited.

ACT will remove sowing date windows which constrain when crops can go in. Currently, sowing dates require council consent. These restrictions don’t take into account seasonal and rainfall variations which would make winter crop sowing impossible in some years.

ACT will remove all pugging limitations on winter cropping and farmers.

We support a threshold limit of 20 degrees when putting down seed beds for winter crops.

ACT believes we should take an animal welfare approach that is driven by farmers and industry. For example, heavily pregnant cows should not be calving in heavily pugged paddocks. We will put animal welfare front and centre.

Property owners should have the right to do as they please with their land so long as they are not harming others’ enjoyment of their property. This would represent a shift from council command and control to freedom under the law for New Zealanders

Fundamental changes to our planning rules are long overdue. The 900-page RMA is the single biggest obstacle to development in New Zealand. Even small-scale consents such as those for simple farm structures and drains are costly and time-consuming.

ACT will replace the RMA so farmers and rural businesses can get on with the job.

Our health and safety rules are one-size-fits-all. The Health and Safety at Work Act fails to take into account the level of activity being performed. For example, a sole contractor performing a simple task on a farm must adhere to the same requirements as a sole contractor on a large construction site.

One size does not fit all. Such rules often result in fewer people complying with the law and putting themselves at risk.

Red tape is a handbrake on our rural sector. It often takes longer to get permission to do things than to actually do them.

Regulation shouldn’t be the default option for politicians. Individuals, businesses and communities should be given the opportunity to propose their own solutions.

New policy proposals often fail to consider the seasonal pressures on farmers. Government should give adequate time for farmers to be consulted and provide feedback during comparative downtime in February and March.

Farmers are required to provide the same data to multiple different industry organisations and government departments. This duplication is burdensome and wasteful. ACT wants to see farmers doing less paperwork.

Our farming communities need high-quality infrastructure to get stock and produce to market on time and to do business efficiently. A lack of infrastructure – particularly fit-for-purpose roads and fast internet access – makes their job much more difficult.

Labour and the Greens have subsidised inner city public transport but have underfunded rural roads and halted a number of key transport projects which link rural land to essential ports and transport hubs.

ACT was the only party to vote against both the Arms Amendment Act 2019 and the Arms Legislation Act 2020. Only ACT has consistently supported the firearms community.

ACT’s priority is to repeal this year’s Arms Legislation Act, including the threat of a firearm register, then set about making the world’s best firearm laws that balance public safety, firearms control, and freedom. We would introduce another Bill that repeals the Arms Act 1983 - and all subsequent amendments - after the Royal Commission reports back. The new law will be delivered in the next parliamentary term and will be the envy of the world.

Rating systems for rural properties vary across local government authorities, but all are based on land value instead of the services or amenities available to landowners. Rural landowners lack or have little use for footpaths, street lighting, sealed roads, reticulated water supply and wastewater, and parks and reserves. Rural landowners generally have to travel long distances to access public transport, libraries, playgrounds and community facilities.

Mental health is a serious issue in rural communities. Farmer confidence is at an all-time low. Farmers have the highest suicide rates of any sector. ACT believes we should treat mental health as seriously as we do physical health.

Our current system is a messy and disorderly mix of DHBs, NGOs, and primary care providers all struggling to be part of a coordinated response. 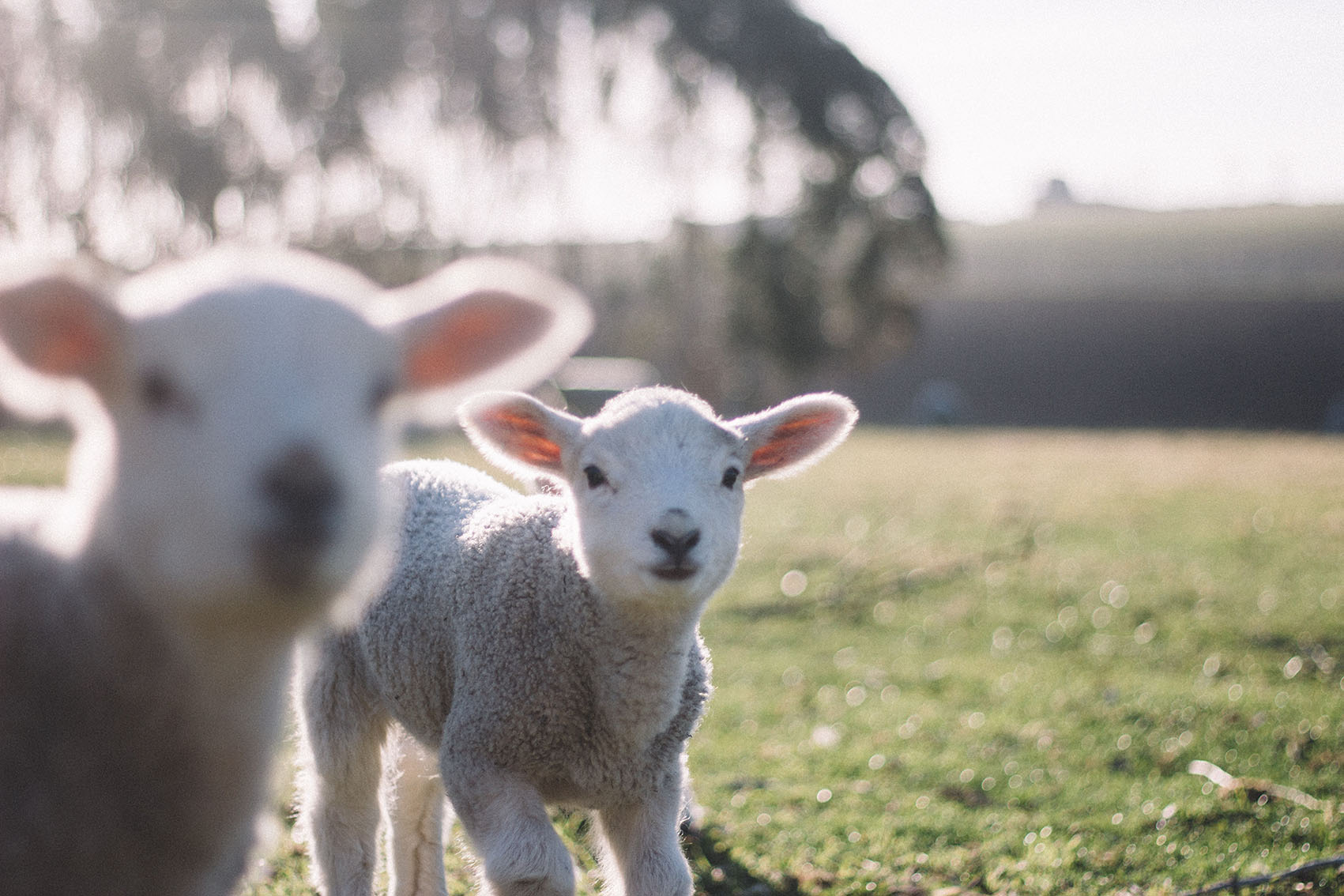