Mother Nature is a harsh host. Our thoughts are with the farmers losing stock and those who’ve lost their homes.

ACT’s midterm polling support is record breaking. The party is now third, ahead of the Greens. The media are openly calling ACT the official opposition. 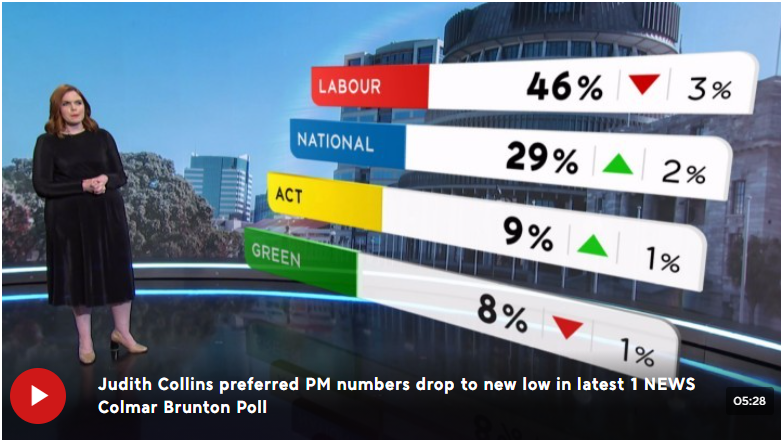 ACT’s Education spokesperson, Chris Baillie, has prepared a submission on the Government’s proposed history curriculum. He’s inviting as many people as possible to sign it. The curriculum is one of those documents that forms a wider tug of war for the soul of New Zealand. Are we destined to be an outward looking, future focused, liberal democracy; or a strange outpost obsessed with its past and superstitious about its future?

First, the good. The Government, after a 15-year experiment with an open-ended curriculum and child-centred learning- is actually saying there are some specific things worth passing on to the next generation. The difficulty is deciding what. Who would trust a Government, headed by politicians, to make such decisions?

ACT prefers real competition and choice. We believe parents can choose better education without the Government sticking its (politicised) oar in. Look at private schools, not many parents pay $25,000 a year for ‘play based learning.’ The State School zones people pay a premium for generally centre on schools that emphasise academic excellence.

Alas, choice is not widely available, at least not to those without serious financial resources. ACT’s Student Education Accounts would deliver it. Until that comes to pass, we are stuck with a state-led curriculum. So, what is the Ministry or Education proposing?

The Ministry of Education says it has come up with three ‘big ideas.’ Improbable as that sounds, they are:

What does foundational and continuous mean? Most histories begin much earlier than any humans arrived. The First Chapter of Michael King’s Penguin History is titled ‘a land without people.’ Not only does the land have a history that pre-dates Māori, so do all the other peoples who live here. The statement is frankly bizarre.

Everything is colonisation and colonisation is everything? This might be true in a trivial way. If colonisation occurred then everyone has been influenced by it to some extent, but it is an excruciating strain to fit everything into the lens of colonisation. People might ask what’s driving this, also bizarre, framing.

History has been shaped by the exercise and effects of power. Well, yes, at another excruciating stretch you could frame everything as an exercise of power, but it’s another bizarre framing. How do we explain fashion or cuisine, was it all force feeding and power dressing?

What’s really wrong with this story is not what’s there. Māori history, colonisation and the exercise of power certainly do form parts of New Zealand’s history. The problem is the gymnastics used to try and fit everything into these bizarre lenses, and the absence of many more important ideas.

What about technology? Without sailing boats, neither Māori nor early European settlers would have got here. Our early economy was massively bolstered by refrigerated shipping. Our future will depend on how close we are to the technology frontier. In particular, how well current students understand the importance of science and technology. How did that miss the cut for being a ‘big idea?’

Institutions matter. Throughout our history, New Zealanders have formed a plurality of institutions. Unions, charities, rugby clubs, and, here’s one, businesses. People have come together voluntarily to solve problems together that they could not solve alone, and it’s a beautiful thing. The problem is that, like technology, it’s difficult to talk about through the lens of Māori primacy, colonisation, and power.

So long as we are stuck with the state setting the curriculum, what history kids are taught will be a wrestle for the future. We can either be a liberal democracy preparing the next generation to be informed and capable citizens of the world from New Zealand. Under this curriculum, we will raise a generation of kids with a quaint, tunnel-visioned view of the future.

The real answer is school choice. Competition. Letting parents choose the best curriculum, just as parents of children at elite schools choose between NCEA, Cambridge, and the International Baccalaureate. Under ACT’s Student Education Accounts, all students would have such choices.

Without parents having choice, the only path to a sane order is to influence the outcome politically. That’s why ACT’s Chris Baillie, a former teacher, has set out ACT’s position as a submission on the new curriculum here. Please sign up to add your support. The more the merrier.