More than 500 people, six months after an election. ACT’s annual rally Honest Conversations was huge. The party launched new future focused policies for democracy and education. They have been widely reported and you can read about them here and here. 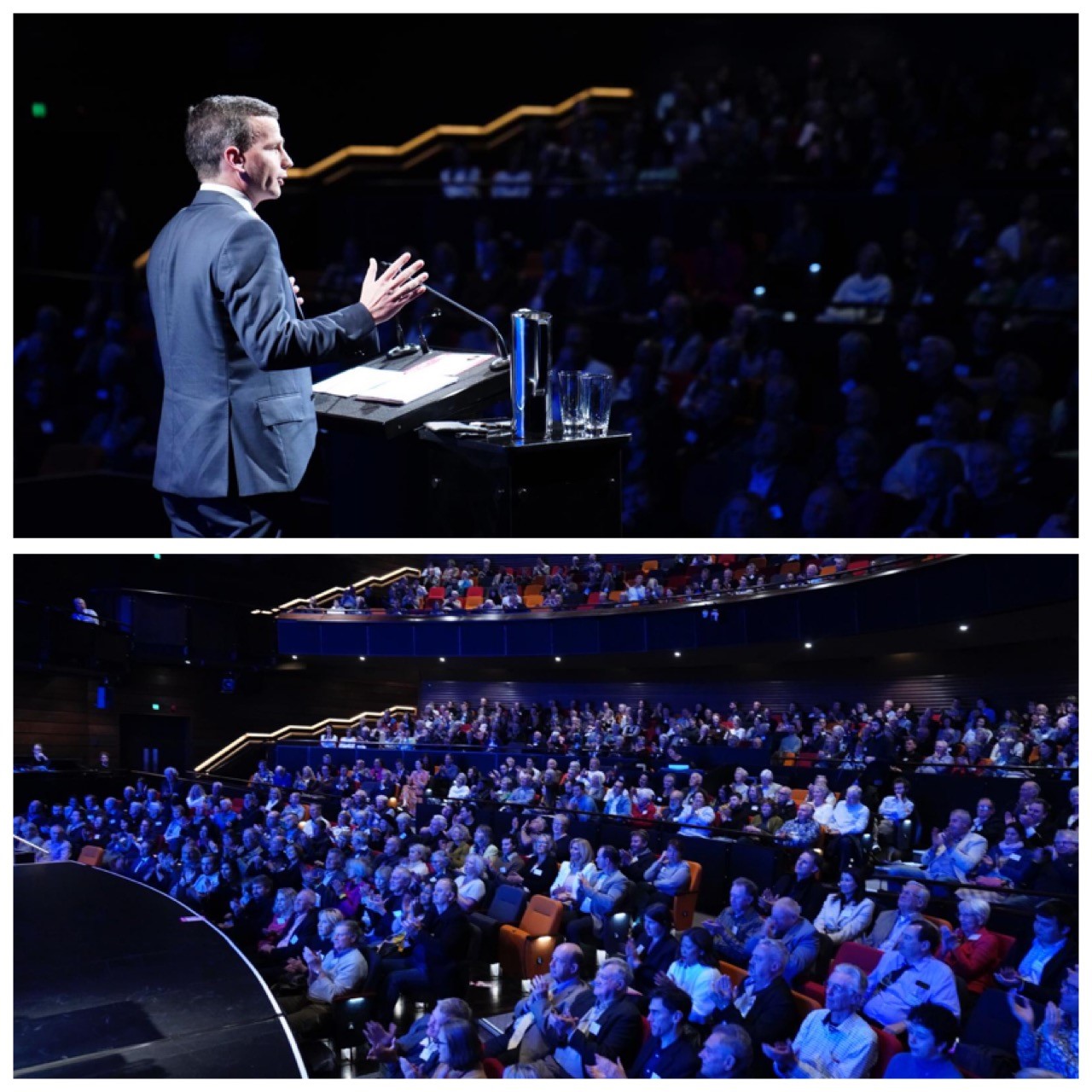 Nothing matters more to where New Zealand will be at in 30 years’ time than what kids are learning today. By that logic, Kiwi students’ slide in international rankings for reading maths and science are the most worrying trend in New Zealand today.

Why? The education system has been overtaken by a philosophy of ‘child-centred learning.’ Rather than having the knowledge society values transferred to them, children should discover their own version of knowledge for themselves.

The fact children know and can do less, according to international tests, is more a feature of current education policy than a bug. Less knowledge in the curriculum is actually the intention of New Zealand policy.

The criteria for teacher registration can be summed up as ‘so long as everyone plays nice and honours the treaty, it’s fine.’ The first part of ACT’s education policy requires English, maths and science as specific parts of teacher professional development alongside te reo Māori and and tikanga Māori.

The second major problem is that successive governments have failed to value the teaching profession, in two ways. Teacher salaries have fallen steadily against the average wage for decades, and every teacher is paid the same. The only way to get paid more as a teacher is to serve more time.

ACT’s Teacher Excellence Reward Fund would give each principal a fund equivalent to $5,000 per Full Time Equivalent Teacher. But, they don’t have to give it out equally to the teachers they employ. Principals would have a reward policy to allocate it.

Principals might emphasise excellent teaching, mentoring of colleagues, contributing to the extra-curricular life of the school, or filling hard-to-staff subjects such as maths and science.

Of course, all the usual whingers have come out and said ‘we couldn’t possibly do this, teaching is done collaboratively, and money will never drive performance.’ How they think the rest of the world works is just one of those mysteries.

The real issue is this: If teachers were rewarded according to ACT’s policy, union contracts would be far less important. Never confuse the union organisers with the teachers, no matter how much they’d like you to.

On the other hand, if we don’t start raising the quality of teaching, the future of the country is imperiled.

ACT’s second policy was our three-part democracy policy. Free Press has covered the Regulatory Standards Bill, that has now been drawn from the ballot.

It requires that politicians and civil servants ask and answer the right questions. What is this law for, does an existing law already solve the problem, who needs to be consulted, do the benefits outweigh the costs, who pays the costs and get the benefits, are property rights impaired?

If the law or regulation isn’t made in line with these principles, any group or individual can seek a declaration in the courts. Racking up such declarations against your lawmaking will not help one’s career, the Regulatory Standard’s Act changes law makers’ incentives.

The second two parts comprise a four-year term with a catch.

The case for the four-year terms is simply that law making in three years is does not allow for the kind of sober consultation and legislation we’d hope for. We are nearly alone in the world with such a short term. Of 190 countries with parliaments, 103 have five-year terms, 74 have four-year terms, and just nine have a three-year term.

But we should not hand over more power to any government without a catch. That’s where the third part of ACT’s Democracy Policy kicks in. Independent Select Committees.

New Zealand was captivated by the Epidemic Response Committee, and not just because they were under a form of house arrest at the time. There was something different about it and it was this:

The Epidemic Response Committee had an opposition majority. It has an opposition chair. It gave the government a very hard time. This is not the normal run of things where the Government has a majority on most select Committees, and certainly all important ones.

Under ACT’s policy, the default remains as a three-year term. If a Government wants to go for four years, they must ensure select committee membership is proportional to non-executive members of parliament. In effect, the opposition will dominate select Committees.

The level of scrutiny and quality of debate in Parliament would increase dramatically. Government’s would need that extra year. Especially when you add in Regulatory Standards Act requirements.

ACT has always been a party of ideas. We are Kiwis first and politicians second. Investing in teachers and pushing for quasi-constitutional change may not be the sexiest or most salient issues. But the purpose of being in politics is to leave a better New Zealand for generations, and on those scores, these policies score highly.