The Government has announced it will cancel the Mill Road project that would have opened access to more land. It says the land to build it on is too expensive. It has announced that it will build a bike bridge over the Waitemata harbour with a Benefit Cost Ratio of 40c on the dollar. The Government has declared war on utes used by people for "illegitimate reasons". The Delta variant of COVID is wreaking havoc in countries where people thought the virus was beat. ACT MPs were out in force at Fieldays, where we released our new policy to stop the Government's land grab through designating 'Significant Natural Areas.' 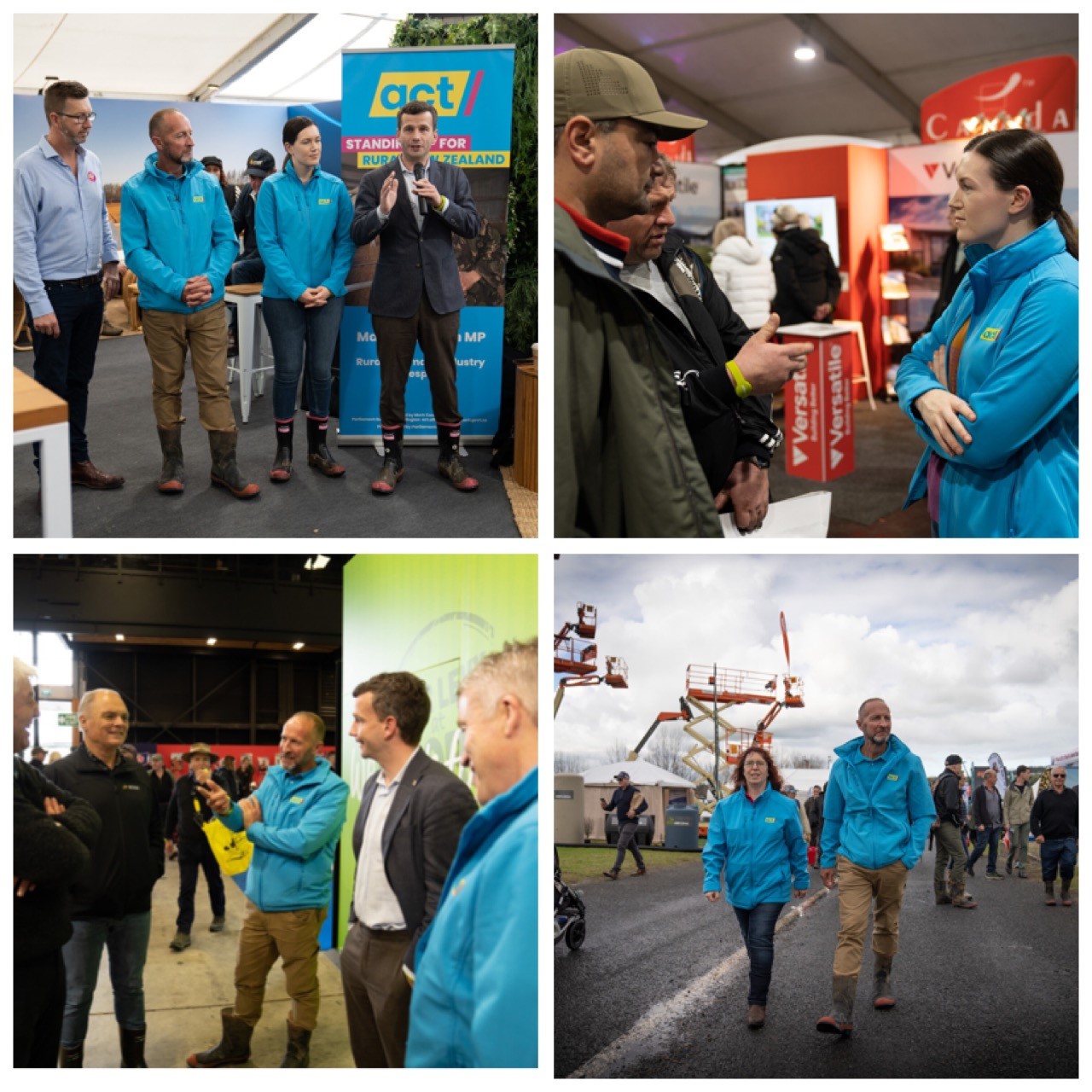 COVID did what the Labour-New Zealand First Government promised, and more. Now we get to see what it’s like. The labour shortage is killing the economy, with firms from accountants to cafes desperately waving the help wanted signs. One of the big four accounting firms in Auckland has 90 vacancies. A café has stopped opening Mondays because they can’t get the staff. The construction industry is desperate, as are the primary industries. It’s an economy wide problem.

As an aside, house prices went up 30 percent, according to REINZ. It turns out limited supply and low interest rates are enough to drive the market nuts without immigration.

In wades the Government. Like anything to do with the economy, the Government on immigration is like a guy with an enormous backpack and headphones in a shop that only sells crystalware.

Immigration Minister Kris Faafoi was away the day that Stuart Nash filled in for him, reading out his speech. It called COVID a ‘change point’ for a ‘once-in-a-generation opportunity to change’ immigration. The Government described immigrants as increasingly low-skilled and that COVID ‘starkly highlighted our reliance on migrant labour.’

Then, nothing. Nobody knows what immigration will look like when COVID passes, and we return to normal. They suggest they’re against 90,000 net arrivals a year but, with their track record, who could know? Are they planning to cap it at 30,000, like the campaigned on by didn’t do anything about?

More importantly, what should the immigration policy be? There are clever arguments for cutting back immigration, but they’re ultimately wrong.

Michael Riddell argues acerbically that there are too many people here already. As he’s argued for years, New Zealand has artificially high exchange and interest rates because a constant stream of new arrivals create demand for infrastructure. Roads, housing, and schools get built, but it stops us from specialising at things New Zealand has an advantage at, because too much capital is tied up in those things.

There’s not really much to do here at the end of the earth, he argues, so it doesn’t make sense for more people to come. The agricultural base could support a very wealthy two million people, and that would be better.

That’s all good, so far as it goes, but if Michael was here in 1800, he probably would have estimated New Zealand could support about 200,000 people the way New Zealand was then. The truth is we don’t know what the future holds and it's pointless for the Government to try to guess what the population should be in 30 years’ time when the economy will be completely different.

Technology keeps changing the game. Who could have guessed, in 1991, that most of the world could work from home for months at a time, and economies would carry on about as well as in any normal recession? We probably wouldn’t have guessed that Americans would do their accounting with a New Zealand company’s software, or a New Zealand firm would enter the space race.

New Zealand businesses need skills to grow and be globally competitive, funnily enough, it lets them employ more locals with higher paying, more interesting jobs. They can’t do it with only the five million people who are already here. No economy in the world works like that.

Colorado (pop 5.7 million), British Columbia (4.9 million), and Denmark (5.8 million) are all part of larger labour markets. If you told businesses in those places that they should leave the USA (333 million), Canada (38 million) and the European Union (445 million), and try hiring only from the nearest five million people, they’d laugh.

Government does need to get far better at planning, funding, and pricing infrastructure, as ACT’s policies argue. That’s true no matter what happens with immigration.

It also needs to sort out Immigration New Zealand, who haven’t been affected by any advances in technology. Its staff didn’t keep working through last year’s lockdowns. They still work with paper. They drive more complaints to MPs’ offices than any other department.

Most of all, the Government needs to stop the uncertainty around immigration. They should tell us what they actually mean by a ‘once in a generation reset,’ because the skill shortage is getting dire. Oh, and having a plan to reconnect with the world out of COVID would help, too. How’s that vaccine roll out, Jacinda?