So-called 'Fair Pay Agreements' are an attack on freedom of association and will hurt the economy to the point that ‘Labour Won’t Work’, says ACT Leader David Seymour.

“Labour’s policy will harm our economy and the opportunities it creates. Centralised bargaining will make it harder for firms to remain competitive and they will lay off workers as a result, according to Treasury. New Zealand businesses need the ability to adapt to their own unique conditions.

“This policy will create a race to the bottom in which every employee gets paid the same as the worst worker. It runs directly counter to the values of success and achievement that are cultivated by linking efforts and reward.

“It’s also completely unjust that employers and employees would be required to abide by the terms of an agreement 90 per cent of them didn’t sign. The right to associate, or not associate, with other parties is a fundamental freedom.

“This is a solution looking for a problem. The policy has been suggested as a response to poor productivity and wage growth in industries in which employers have strong bargaining power. But Treasury has said there is no empirical to support the Government’s case. MBIE has failed to identify an industry where the policy will fix anything.

“The Employment Contracts Act, passed in 1991, allowed firms and workers to negotiate freely. Since then, real wages have steadily increased. Even the Council of Trade Unions accepts this. [See below.] Labour will return New Zealand to a situation of stagnating wages.

“ACT supports firms’ and workers’ right to make their own agreements. Our vision is of a flexible and innovative economy in which New Zealanders can create new opportunities through freedom. We don’t need an economy in which ‘Labour Won’t Work’.” 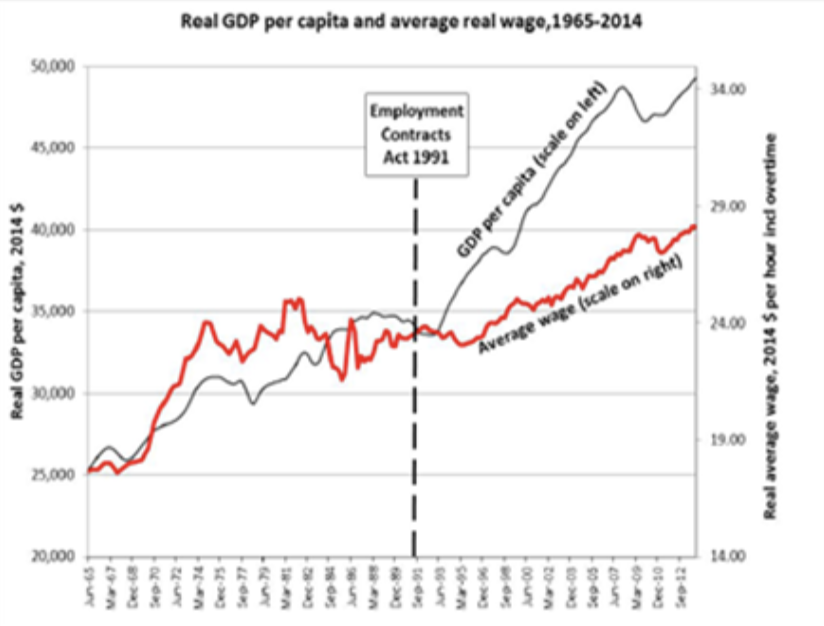