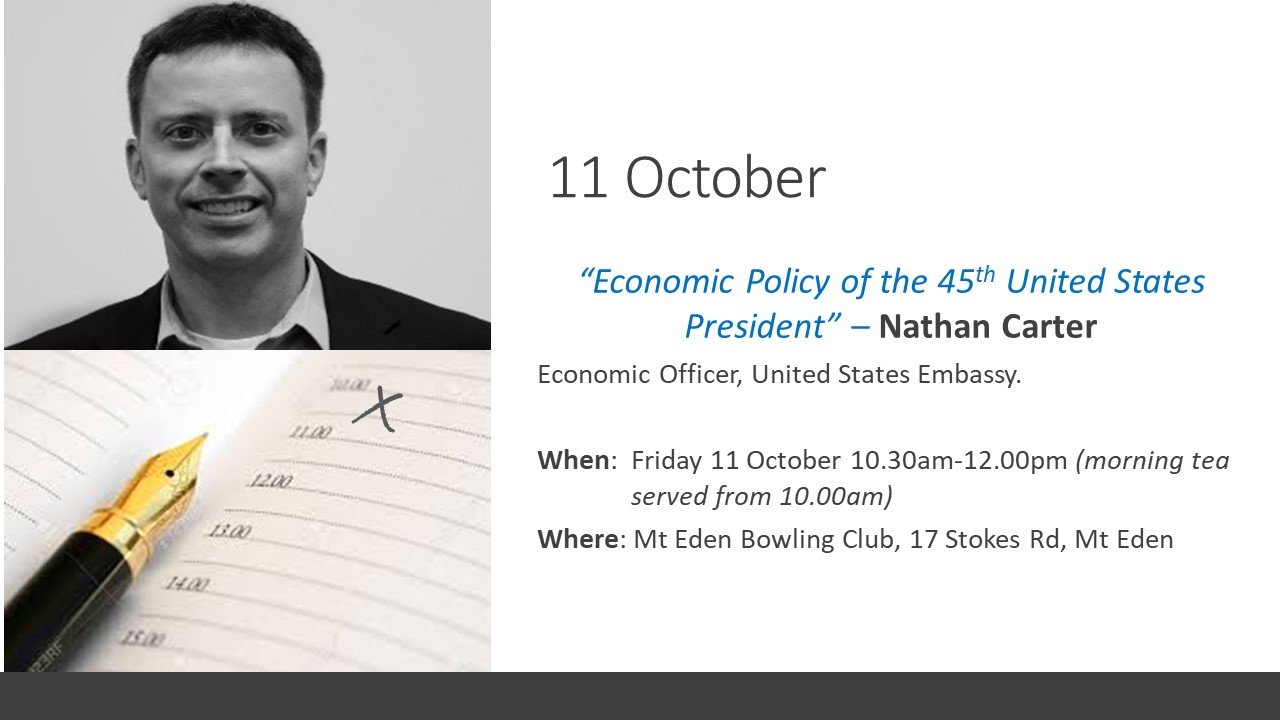 Much has changed in the past year as the world economy shows signs of an economic slowdown. This is of great interest to New Zealand which survives on exporting 27% of its GDP. What are the implications for us with the rise of protectionism lead by the two biggest economic powers, United States and China?

Nathan previously served on a one-year exchange in the New Zealand Ministry of Foreign Affairs and Trade as a Senior Policy Officer in the Pacific Division – Melanesia and Micronesia and then in the Middle East and Africa Division. His previous assignments with the State Department have been in Fiji as the Political-Economic Section Chief and the United Arab Emirates as the Regional Director of the Middle East Partnership Initiative (MEPI).