“Last week, media reported that the Chinese Consulate had asked Auckland University of Technology to stop a commemoration of the Tiananmen Square protests from proceeding. This followed an attempt last year to prevent a documentary critical of the Confucius Institute from being screened at a number of universities.

“New Zealanders have affirmed the right to freedom of expression against interference by their own government and certainly do not expect it to be interfered with by a foreign government. Our universities are also required by the Education Act to preserve academic freedom.

“The Consulate may believe that criticism of the Chinese Government is its business, but the pursuit of academic freedom and freedom of speech on university campuses are plainly internal matters for New Zealand.

“The Consulate also praised a group of students who assaulted a peaceful protester opposing the Hong Kong extradition bill at the University of Auckland on Monday last week. These comments encouraged disruptive and violent behaviour and undermined the rule of law.

“China is a signatory to the Vienna Convention and is afforded diplomatic immunity in return for accepting a duty that it does not interfere in the internal affairs of the receiving country.

“I have taken this opportunity to write to the Consul-General to ask whether he believes the Consulate’s recent actions have contravened diplomatic conventions.

“The political and civil rights of New Zealand citizens are of paramount importance. New Zealanders expect that foreign governments will respect their rights and our country’s laws and values.”

Note: Below is a copy of David Seymour's letter to the Chinese Consul-General. 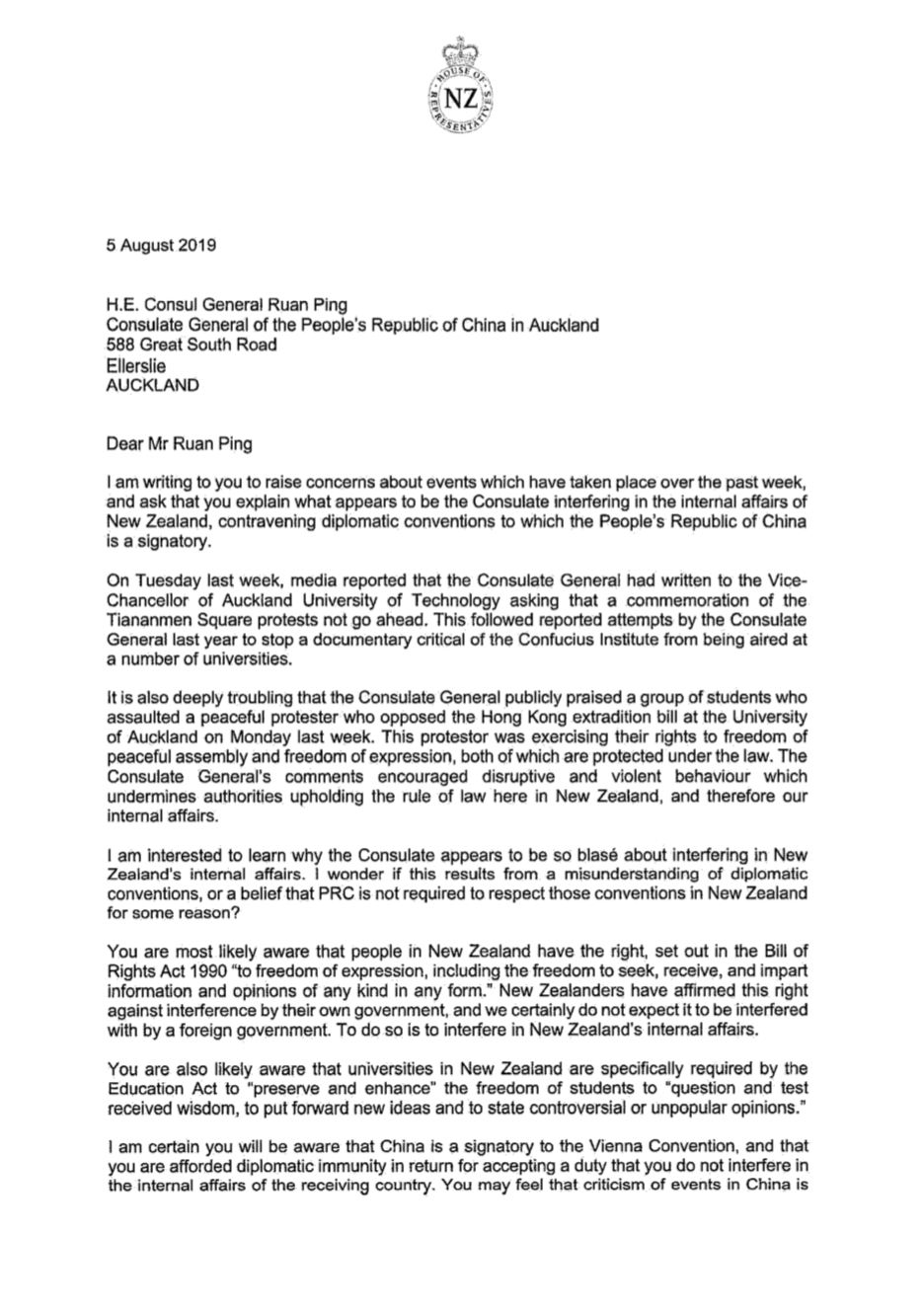 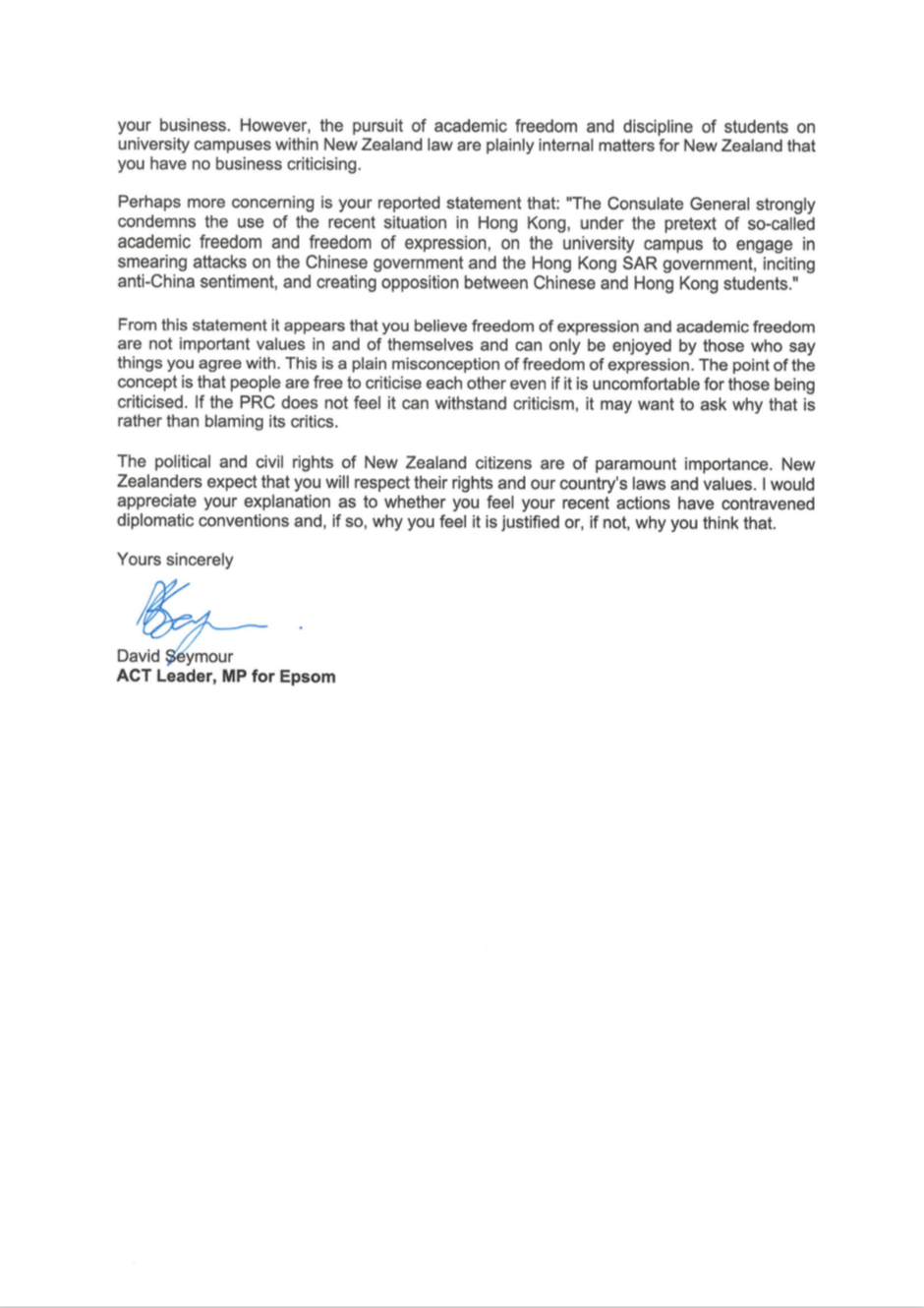