It felt like a case of life imitating art this week when I was invited, as chair of the local board area in which this is taking place, to attend the sod-turning of the new Milldale development, a residential subdivision of 9000 houses north of Auckland that will receive infrastructure funding via a partnership between Auckland Council, Auckland Transport, Watercare, Crown Infrastructure Partners, and Fulton Hogan Land Development.

As they say, even a stopped clock is right twice a day.

“We also allow councils to use more flexible funding mechanisms for infrastructure. This could include permitting special targeted rates on new developments, to pay for the new infrastructure.”

And this is covered in more detail in David’s book Own Your Future, now available on Kindle – Christmas presents sorted!

I wish they’d had prize giving when I was at school, but for some bizarre reason, my school was going through a new-age phase and dispensed them half way through my primary schooling (in a school that went to Form 7), in the 1970s. I had received “First Aggregate” two years in a row before then. A lack of continued recognition for achievement meant that I had nothing on which to benchmark myself and performed very averagely at secondary school with no incentive to put my head up amongst the poppies. Instead, everyone ‘graduated’, and we had a ceremony and celebration that was more about leaving school than reaching any particular level of education.

Fast forward to my own boys’ schooling and the competition there drove them both to attain scholarship level to pay their way through university.

I believe that life is full of competition, and acquiring the skills at an early age to deal with disappointment and to pick oneself up and have another go when that happens, are important skills for life, and the feeling associated with achievement is a powerful driver to go higher. Conversely, forcing everyone to feel equal sets them up for serious challenges in the adult world that could lead to feelings of anxiety and depression when they fail to get that job, promotion, or elected position.

Having said all that, Boards of Trustees should be able to make these sorts of decisions for their schools, and parents should have the choice of sending their children to other schools if they don’t agree with it.

Remember this from a couple of weeks ago? 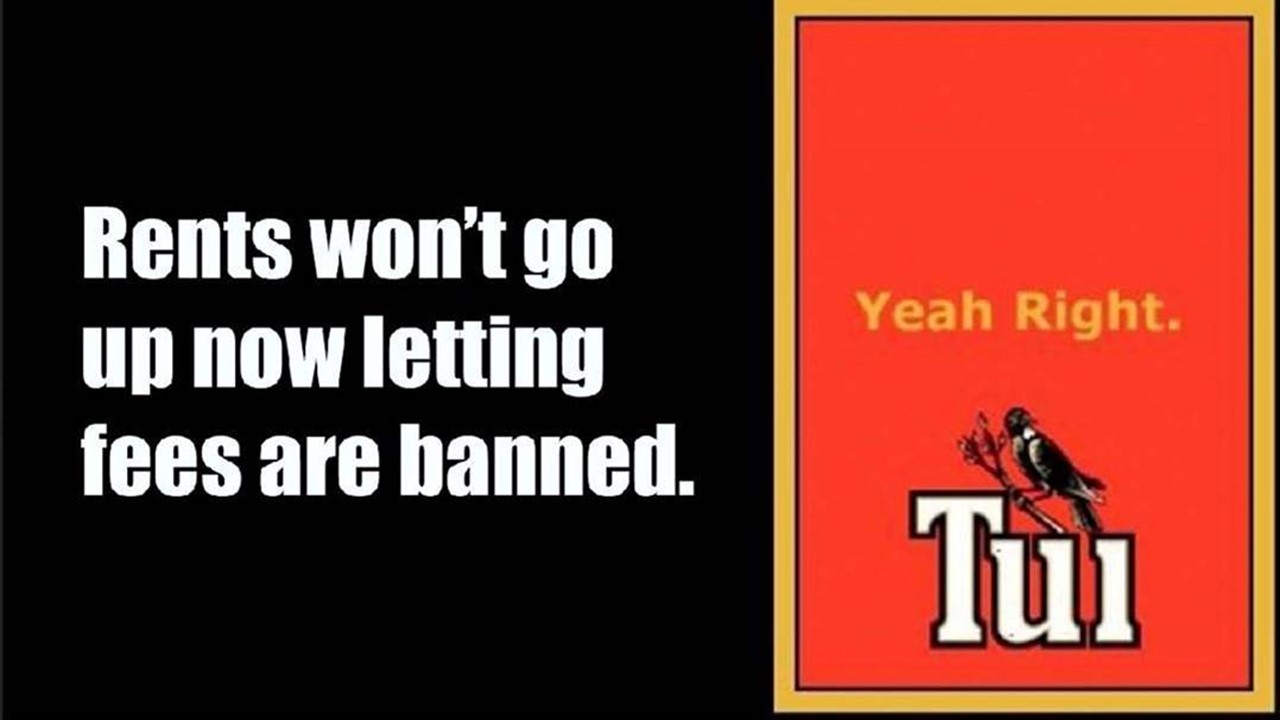 I debated this topic with a commenter on David Seymour’s Facebook page recently, and exactly as predicted, this happens.

It’s just too easy, there’s so much fodder out there. This latest relaxation of KiwiBuild rules is so open to exploitation, it makes a farce of the entire scheme.

Then we hear that there is a lack of applications for KiwiBuild while at the same time the demand for social housing is skyrocketing. Just goes to show the policy is targeting the wrong people and is another form of middle-class welfare.

I’ve never understood anyway, how government can build a house any cheaper than a private business. They still have to employ contractors and buy materials, and last time I looked we don’t have nationalised building companies and suppliers.  The only way it could be done cheaper is if government shortcuts its own processes such as the Resource Management Act, speeds up consents, or relaxes or waives other building regulations. And if they can do this for KiwiBuild homes to deliver them faster or cheaper, why would they not just do this for everyone who wants to build a home?

Should women get the pension later than men because they live longer? No, and for no other reason than keeping social payment entitlements universally flat and simple. Exceptions to the rule or different measures are always going to have unintended consequences. People by their nature will try to work around what they perceive to be unfair treatment. What if I identify as a man by the time I reach 65? Or identify as 67 when I’m 65?

BE AFRAID, BE VERY AFRAID

This type of thinking lurks among us. Planners – a breed apart – love to tell the rest of us how to live!

I attended an Armistice Day service last Sunday where I laid a wreath in my local government role, followed by lunch at our local RSA. They really were the loveliest hosts – I didn’t even have to “sign in”!

A criticism of last week’s newsletter was that there were not enough funnies in it.  So this one’s a long watch to make up for it – a compilation of humourous speech excerpts by President Ronald Reagan. I hope you get some downtime over the weekend to watch it.

Have a great weekend!