Ad Lib took a break last week to go fishing and enjoy an Easter break, but because of that didn’t get an opportunity to celebrate the Capital Gains Tax back down, however if you’re following David on Facebook you might have seen this happy little video.

The failure of this Labour government to introduce a Capital Gains Tax is one more blow to their credibility on being able to deliver any of their major ‘transformational’ election promises. While it’s something for the rest of us to celebrate, Labour must surely be licking its wounds.  Heather du Plessis-Allan’s column in the Herald recently was a stinging criticism.

What's transformational about this Government? Child poverty is worse. Homeless numbers have increased.

They say they've delivered but they haven't really delivered much. Sure they've handed out free university education and the winter energy payment, I'll give them that. Middle-class white kids send their thanks, as do all the retired couples in Remuera and Khandallah who enjoy the help paying their electricity bills.

So for now, our retirement savings are safe. But we need to remain vigilant. The end game of a socialist government is to make everyone equal and dependent upon them for as much as possible, thereby ensuring they remain in power.

DAVID ON TOP OF SOCIAL MEDIA

If any politician can comment knowledgeably on the role of social media, David would be right up there.  CrowdTangle, a social media monitoring platform purchased by Facebook in 2016, rates David as the New Zealand politician with the fourth-highest level of Facebook interactions currently.

While Jacinda Ardern might also be social media-savvy, she seems happy to use it for her global PR marketing campaign but not for allowing free speech and debate, and is calling for censorship which is very worrying.  ACT has come out very strongly on this, even if once again alone.

“We need to remain particularly vigilant when it comes to restrictions on freedom of expression. It is vitally important that we retain an open society in which free thought and open enquiry are encouraged. We cannot solve our most pressing problems if we are not able to try new ideas, discard those that don’t work, and look for better ones.

“That’s why the PM’s vague call for new restrictions on social media activity is so concerning.”

How would it even work? I’m not sure the Prime Minister knows herself, but it’s a great excuse for a trip to Paris and a chin-wag with French President Macron.  Sean Plunket of Magic Talk had this to say:

"Some people use social media to interact with others, and spread or discuss ideas that other people find unpleasant, uncomfortable or downright wrong. Well that's living in freedom people, and we better get used to it."

I liked what Rowan Atkinson had to say on freedom of expression in this speech to the British Reform Section 5 Campaign a few years back.

“For me, the best way to increase society’s resistance to insulting or offensive speech, is to allow a lot more of it.”

Well worth a watch and that’s not even this week’s funny.

Perhaps Jacinda thinks it might work how these Australian 2018 Marxist Conference attendees did. (A lighter note.)

This week I couldn’t be more proud to be supporting a political party that continues to fight for a freer, more prosperous society.  ACT’s positions on freedom of speech and against rushed law-making have been stand-outs.  Add to that our unique policies on taxation, superannuation, education, and regulation, and I know I’m indeed in the right party for me.  Please help spread the word by sharing Ad Lib and Free Press, our Facebook and Twitter posts.  And donate using the button at the bottom of this newsletter, we need your help to keep getting the word out. 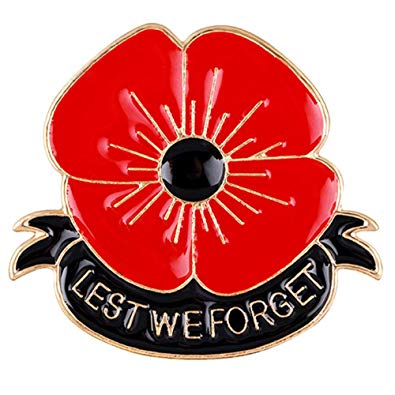 Yesterday, ANZAC Day, I was privileged to be able to attend three services in my community to pay respects to those who fought and died for our current freedoms. Two of these services were ‘sanctioned’ and one was a small local commemoration in a tiny rural village, but I was particularly pleased to know of four local events that had previously been announced as cancelled, went ahead on a small scale despite the heightened alert. I am very proud that our local communities took it upon themselves to host events with minimal input from authorities, and all with the attitude that recent events should not change who we are but rather make it even more important to celebrate and preserve freedom, and peace.